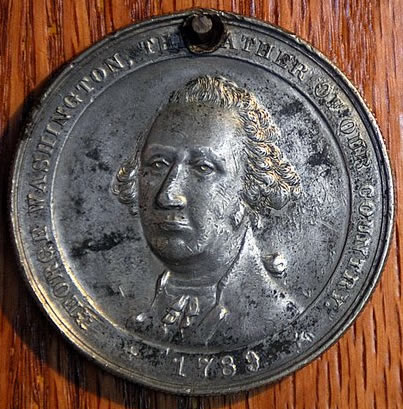 We are extremely proud that this display is something to be viewed in St. Joseph," said Andrea George, exhibit coordinator for the nature center.Such a range of medals are usually on display in major museums. We are happy that we are able to keep Northwest Missouri's cultural history in this area."

The medals on display were struck from a variety of metals, and are from some of the greatest presidencies: George Washington, Andrew Johnson, John Adams, and Rutherford B. Hayes. The display includes the medals, pictures of the opposite side of each medal, as well as an explanatory sign about peace medals and their importance to Native Americans.

With over 1,200 Native American artifacts already on display, the peace medals tie into the cultural and natural heritage of Native Americans who lived in Northwest Missouri hundreds of years ago.

St. Joseph has such a rich history, and we're proud to showcase another exhibit dedicated to Native Americans," said George. "No people like the Native Americans could have been as resourceful with the Earth and its resources. We believe this exhibit is another reason the Remington Nature Center is dubbed 'where history and nature collide. 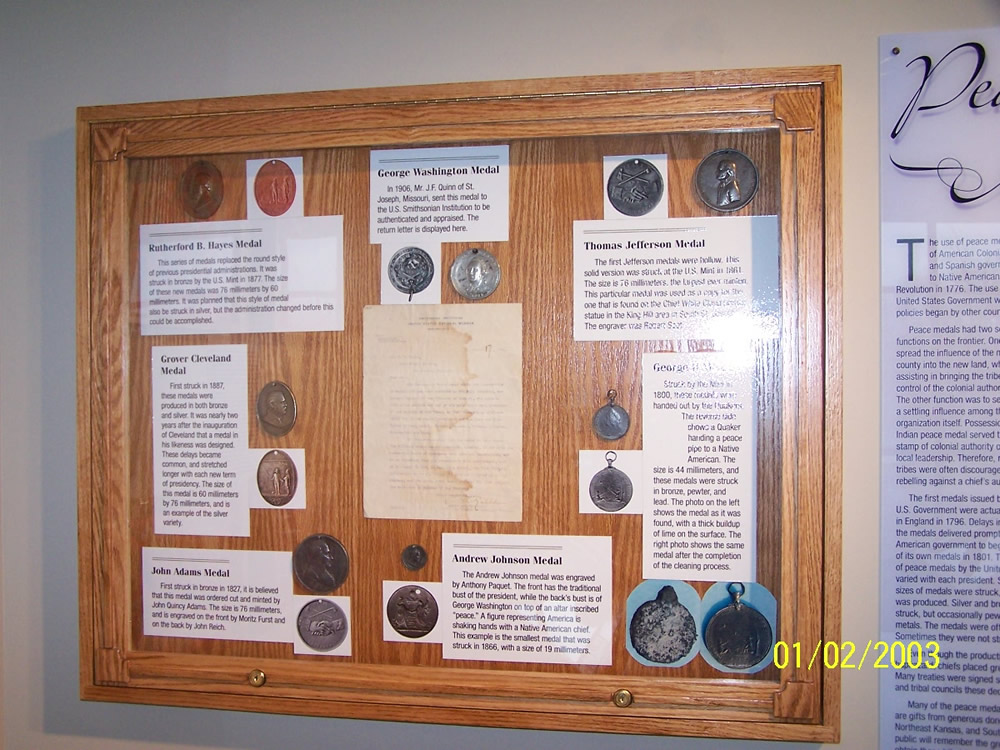