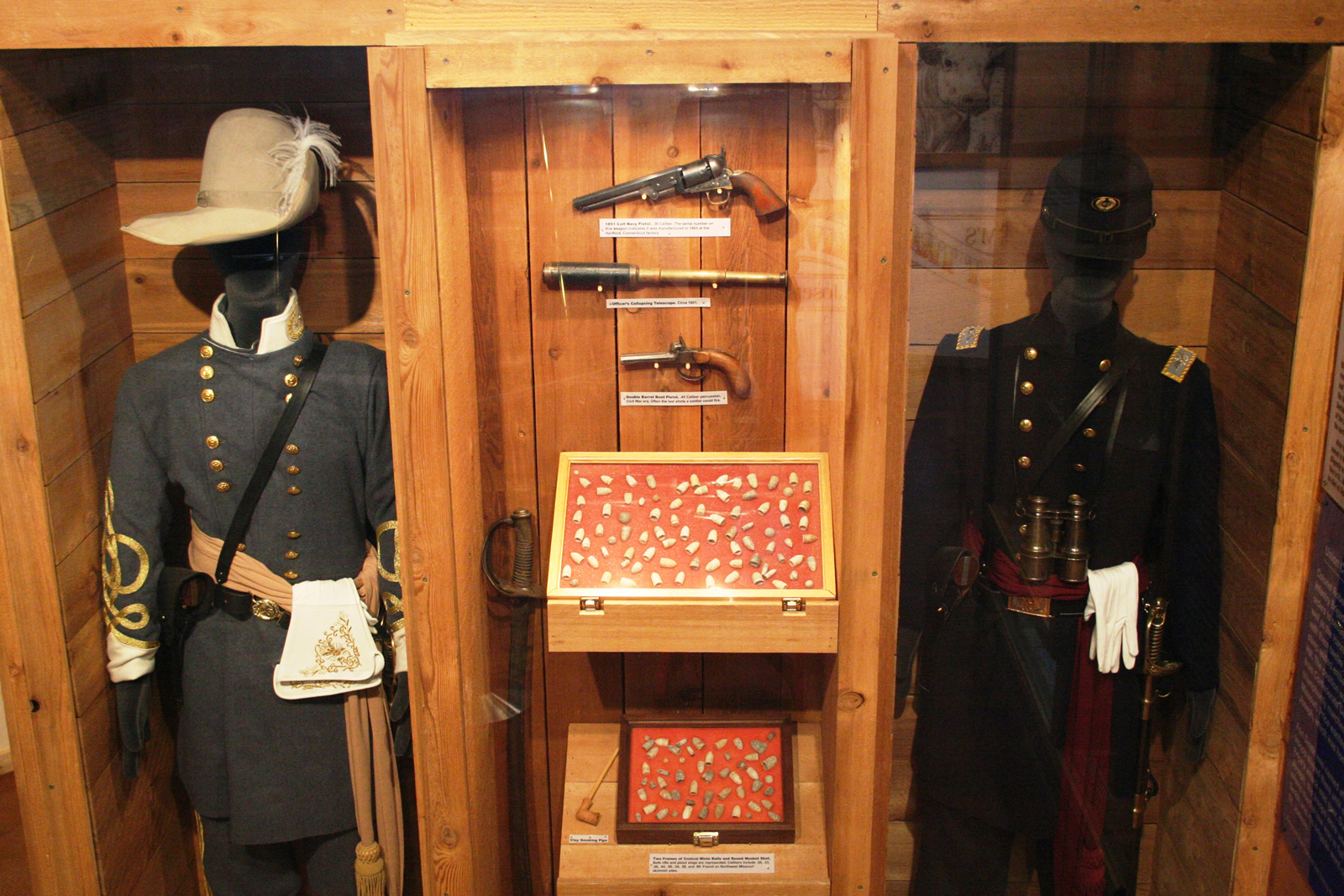 My professor was in no way trying to lessen what occurred on 9-11; both events were tragedies, but the Civil War ripped apart a nation. It divided states, counties, towns, families. We hear the term "brother against brother," but don't fully grasp the severity of that statement. The Civil War changed hundreds of years of history, impacted the economic structure of the south, and forever changed the United States.

With the Sesquicentennial of the Civil War approaching in 2011, the Remington Nature Center will continue to tell a piece of Northwest Missouri's story, as it was during the Civil War. Our Civil War display includes officer's uniforms of former St. Joseph mayor and Confederate General M. Jeff Thompson, as well as Union Colonel Robert Smith. These uniforms were provided by James Country Mercantile, Inc., from Liberty, Mo. James Country has outfitted re-enactors in many Civil War-era movies, and provides completely accurate uniforms. Details such as the differences between Confederate and Union gloves, sabers and pistols are evident.

Other items in the Civil War display include oxen shoes, iron knuckles, Union coat buttons, Confederate currency, and an artillery box plate. Another item displayed is very dear to me-an oval shaped Confederate belt plate. I found this item in a ditch, several years ago, on what is believed to be a skirmish site in Northwest Missouri. It is one of my favorite artifacts I've ever found, and I'm happy to have it on loan at the Remington Nature Center.